Health Equalities group is a social enterprise that seeks to tackle the root causes of health inequalities throughout the key. It achieves this by conducting research and advocacy combined with practical health and wellbeing projects and programmes.

For more information about the Health Equalities Group, click here

Large reductions in future obesity prevalence can probably only be achieved by a reduction in the population consumption of the excess calories hidden in sugary drinks, junk food and overlarge portions. This will require “population-based” prevention strategies which are supported by an evidence base that suggests these measures are not only effective (1) in reducing overweight and obesity but also cost effective1. Furthermore they can reduce health inequalities (2).

Health inequalities persist; despite the positive progress being made to improve healthy weight, obesity still remains a challenging public health issue globally and in the UK. Data on obesity prevalence indicates higher levels in the North of England compared with the capital, London and the South of England. Within the North, disparities indicate rates for excess weight in children aged 10/11 years range from 29% in affluent boroughs to 40% in some of our cities such as Liverpool and Manchester (3). The real impact of the government’s lack of strategy on obesity is felt in local areas with huge inequalities resulting.

FOOD ACTIVE* is a collaborative programme launched by the North West England Directors of Public Health in November 2013 to tackle increasing levels of obesity. Food Active focuses on population-level interventions which take steps to address the social, environmental, economic and legislative factors that affect people’s ability to change their behaviour. Three key objectives determine programme delivery and include:

Give UP Loving Pop Campaign

‘Gulp’ is a hard hitting campaign aimed at children and young people to empower and inform about the health harms associated with the over consumption of sugary drinks. National Diet and Nutrition Survey data in the UK indicates that across all population groups, excess sugar is consumed, particularly in children and young people. The biggest contributor for teenagers is sugary drinks (4). The campaign launched in February 2015 using roadshows across the North West of England incorporated a strong visual campaign, factual information and social media. The campaign provided opportunities to engage in conversations with the public on the issue and provoked local, nation and international print and broadcast media coverage reaching across Europe and beyond: www.giveuplovingpop.org.uk

There is work that can be done at a local municipality (Local Authority) level; Food Active is in the process of developing a Local Authority Declaration on Healthy Weight which is being piloted within North West England. The declaration aims to ensure that healthy weight is considered within local government when agreeing decisions and adopting new policies that will have an impact on obesity such as commercial sponsorship, procurement contracts and supplementary planning documents for hot food takeaways etc.; however much more freedom must be allowed and local decision making particularly in the planning process to support this process.

At national level, there is continuing debate with the UK government on a possible soda tax and arguments about possible restrictions on junk food marketing to children and young people. The government is committed to launching a Childhood Obesity Strategy later this year.

*Food Active Programme is delivered by the Health Equalities Group on behalf of the North West England Directors of Public Health who commission the programme. 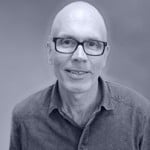 Robin has been Chief Executive of Heart of Mersey since the organisation’s launch in 2003 (becoming a charity in 2005) and CEO of the Health Equalities Group when this was established in March 2013. He is also a Director of the European Healthy Stadia Network CIC.

Robin gained his Master of Public Health from the University of Liverpool in 2007 and was elected a Member of the Faculty of Public Health by Distinction in 2015. Robin has served on two NICE public health guidance development groups and has worked internationally with WHO Europe. Robin has been an Honorary Lecturer at the University of Liverpool on the MPH programme since 2008 and also lectures on the Improving Health in Europe module.

An experienced public health advocate and communicator, recent HEG campaigns and research around electronic cigarettes and sugary drinks have meant Robin is regularly called on by local and national media for comment.

Robin is a keen cyclist and commutes to work by bicycle. He has cycled from Land’s End to John O’Groats, and from Liverpool to Paris raising funds for charity.