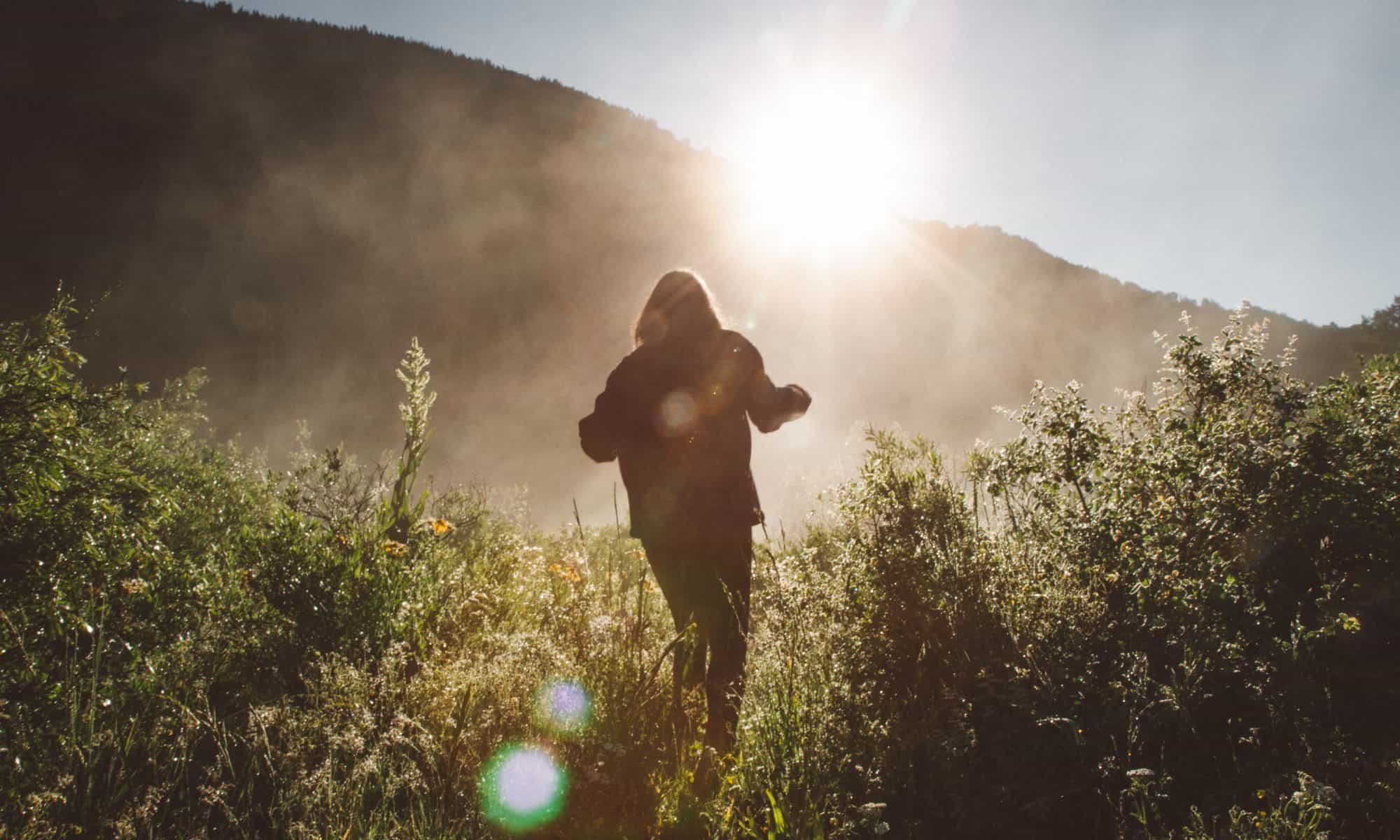 Public Health Wales (the national public health organisation) is a key partner in developing and implementing policies as well as addressing the challenges posed by health inequalities. Established in 2009, the organisation has brought together a number of public health bodies into a single national one that provides and manages a range of functions including health protection, health improvement, health intelligence, child protection, microbiology laboratories and services related to surveillance, prevention and control of communicable disease and screening of health conditions. Public Health Wales undertook a strategic review of public health priorities in Wales which has resulted in an overarching focus for tackling health inequalities and realigning assets in order to do this.

Health inequalities are recognised as a persisting problem in Europe, the UK and Wales. In response to this, relevant legislation, strategies, policies and action plans have been developed or revisited. These include Our Healthy Future (2009-2020) and its Fairer Health Outcomes for All: Reducing Inequities in Health Strategic Action Plan, the Child Poverty Strategy for Wales and the Active Travel (Wales) Act 2013. Adopting a ‘whole-of-government approach’, policies addressing health inequalities are not contained within the health and social sector, but also inform other policy areas including environment, transport, regeneration and a range of public services. Public Health Wales works with stakeholders including local government, the third sector, communities, housing, young ambassadors, police and business organisations to establish and implement purposeful partnerships which use our collective assets to improve health and wellbeing. In addition, Public Health Wales works closely with these partners and policy makers in order to influence health in all policies to tackle the wider determinants of health.

The latest and first of its kind ‘sustainable development’ legislation – the Well-being of Future Generations (Wales) Act 2015 (the Act), addresses the social, economic, environmental and cultural well-being of the Welsh population in a holistic and integrated way. It mandates public bodies to consider the long-term implications of their actions, work in collaboration with people, communities and each other taking a more joined-up approach. The Act is underpinned by sustainable development principles and it is a direct legislative link to the recently adopted Sustainable Development Goals (SDGs) and their targets and indicators, reflected in the Act’s Statutory Guidance.

The Well-being of Future Generations (Wales) Act provides an ideal opportunity for Public Health Wales to join resources and align its work with those organisations that have the potential to influence the wider determinants of health. This is a key element of achieving the aim of Public Health Wales’s new strategic plan – to create ‘a healthier, happier and fairer Wales’. This focuses on supporting the patients of today, creating a healthier destiny for our young people and tackling the wider determinants of health. Across all of these priorities sits the focus of reducing health inequalities. Local public health teams led by Directors of Public Health are regular partners in initiatives across Wales to improve health and well-being in disadvantaged areas. An example of this is the Valleys Regional Park, which aims to promote socioeconomic regeneration in former coal mining areas via high quality green spaces and post industrial heritage assets. Interim research reported that 85% of the planned infrastructure and landscape projects had been completed, 700 community groups had been engaged and more than 400 people trained. A final report with in depth analysis will be produced when the projects are completed and data is available concerning impact.

Further important example is the ‘Prudent Healthcare’ model, adopted by Wales to support service delivery, based on four key principles: public, patients and professionals are treated as equal partners through co-production; those with the greatest health need are treated first, making the most effective use of all skills and resources; do only what is needed, no more, no less and do no harm; and reduce inappropriate variation using evidence based practices consistently and transparently.
In this way, a momentum is building around how we work in ‘systems’ across Wales – both at community level and nationally, in order to exploit our collective assets in our settings and in our people across the public, voluntary and private sectors to optimise health and wellbeing for our communities. Similarly, a growing collective commitment to the sustainable development principles, used to achieve better economic, social, environmental, cultural and health outcomes for the Welsh population. Ensuring implementation ‘on the ground’, the Act requires a ‘Future Trends’ report to be produced within the first year of the new parliament and a public consultation exercise is already underway to identify and agree key national indicators to monitor progress against meaningful outcomes that contribute to the well-being goals.

Another aspect of our inequalities work is establishing bilateral links and collaborative work with other regions and sister organisations. Welsh Government and Public Health Wales are part of the UK and Ireland Public Health Inequalities Collaborative Group led by Prof Michael Marmot which was has been set up to support and sustain action on the social determinants of health in order to improve population health and reduce health inequalities across the UK and Ireland. We are aware that both the social determinants of health and the challenges posed by health inequity are similar across Europe, so we have actively engaged in sharing evidence and experiences with neighbouring and international colleagues. We believe learning from successful approaches and providing ours can help inform improving practices and outcomes for all.

Addressing health and social inequalities is a complex multi-sectoral multi-level issue and synergy between the government, public health and societal organisations home and abroad is key to achieving progress. Legislative instruments such as those described above are important levers that we believe can support the broader collaborative action necessary and tackle the roots of inequity, poverty and poor health across the life-course. 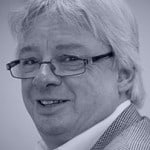 Malcolm joined the health promotion service in Merthyr Tydfil in 1995 as a generic Health Promotion Specialist gaining a postgraduate diploma in health promotion at University of the West of England in Bristol and subsequently a Masters degree in Public Health at the University of Wales College of Medicine. As a specialist in the promotion of physical activity he has advised on both policy development and programme delivery locally, nationally and internationally. He presently manages the public health networks in Public Health Wales and contributes to the International Health Co-ordination Centre.

He is a board member and treasurer for EuroHealthNet He has contributed to a number of NICE guidance groups including those on obesity, behavior change and exercise referral, jointly leads a HEPA Europe working group looking at physical activity in health care settings and was a temporary expert advisor to the WHO Europe working group developing the regional physical activity strategy. He was the first person on the UK voluntary register of defined public health specialists, successfully completed the Physical Activity and Public Health Practitioners course in Utah in 2004 run by the Centres for Disease Control and Prevention and the University of South Carolina and has written for various publications on subjects including GP referral to exercise, men's health, the role of sports science in health, nutrition and workplace health. 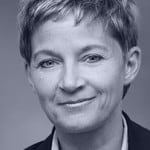 Tracey is Chief Executive of Public Health Wales. This is a national organisation within the NHS in Wales and its main purpose is to protect and improve the health and wellbeing of the people of Wales and to reduce health inequalities. It does this through a diverse range of functions that include delivering screening, vaccination and immunisation programmes; providing microbiology services; leading on health protection; providing strategic leadership in healthcare associated infections; delivering health and healthcare improvement programmes and providing a health observatory resource.

Prior to joining Public Health Wales, Tracey had been the Chief Executive of the Health Information and Quality Authority (HIQA) in the Republic of Ireland since 2006. Its functions include the setting of standards, regulating health and social care services, undertaking Health Technology Assessments and providing advice on, and developing technical standards for improvements in health information.

Tracey qualified as a doctor at Southampton University in 1990. Her career has included working clinically in emergency medicine, emergency care services and health system reform. She has worked in, and advised on, a variety of different health systems in different parts of the world.

In 2008, Tracey joined the Board of the International Society for Quality in Health Care (ISQua) and became its President in 2011 completing her Immediate Past President position in October 2015.